Well I’ve got 3/4 of the first episode pencilled, which is not really on schedule exactly, but at least it means I am approaching the fabled ‘zone’. Soon unstoppable drawing power shall be mine!

Plus I would have done more, but I went to a question and answer session about environmental policy at the houses of parliament yesterday. I’ve never been inside before and I hadn’t realised just how old it was – parts of it date back to medieval times, but it’s still in constant use. However the image of austerity was somewhat ruined when I realised that the welcoming glow in the giant fireplace in the next room was just a red light bulb under some plastic logs. I’m sure in medieval times this was cutting edge stuff, but these days we can do a bit better – perhaps a flatscreen tv with a dvd of a blazing fire playing on it? I know that’s what I want my taxes to be spent on.

I also made a point of visiting the toilets, so that I could imagine that I had peed in the same spot as Winston Churchill. The hand dryers were a bit rubbish though – I bet Churchill had to wipe his hands on his trousers afterwards. 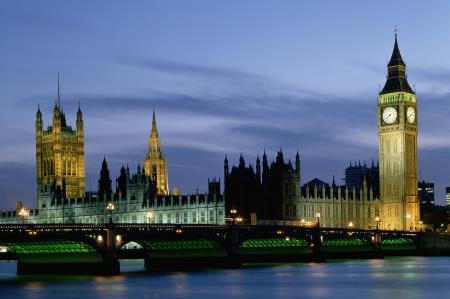 It looked a bit like this, only it was raining, and I was on the other side

As deadlines for the super secret comic project loom I am finding it hard to actually sit down and concentrate on getting it done. I’ll get home and think to myself, ‘oh I’ll just check my email / flip on the TV / read this comic I have read 10 times already first, and then I’ll get started’ and before I know it 3 hours have passed and I’m ready to fall asleep without ever touching pencil to paper.

It’s infuriating, and it means that I spend the whole next day at work wishing I could get home and catch up on the work I missed out on the previous night – only by the time I actually do get home I just want to slouch in front of the TV all over again. At the moment I am just about on schedule – I have about 2 and a half weeks to produce the first 3 episodes, and I have half an episode done, but I have had weeks and weeks to work on it and I should be much further ahead than this. I am my own worst enemy.

I think I need to start practicing yoga so I can learn to kick myself up my own backside.